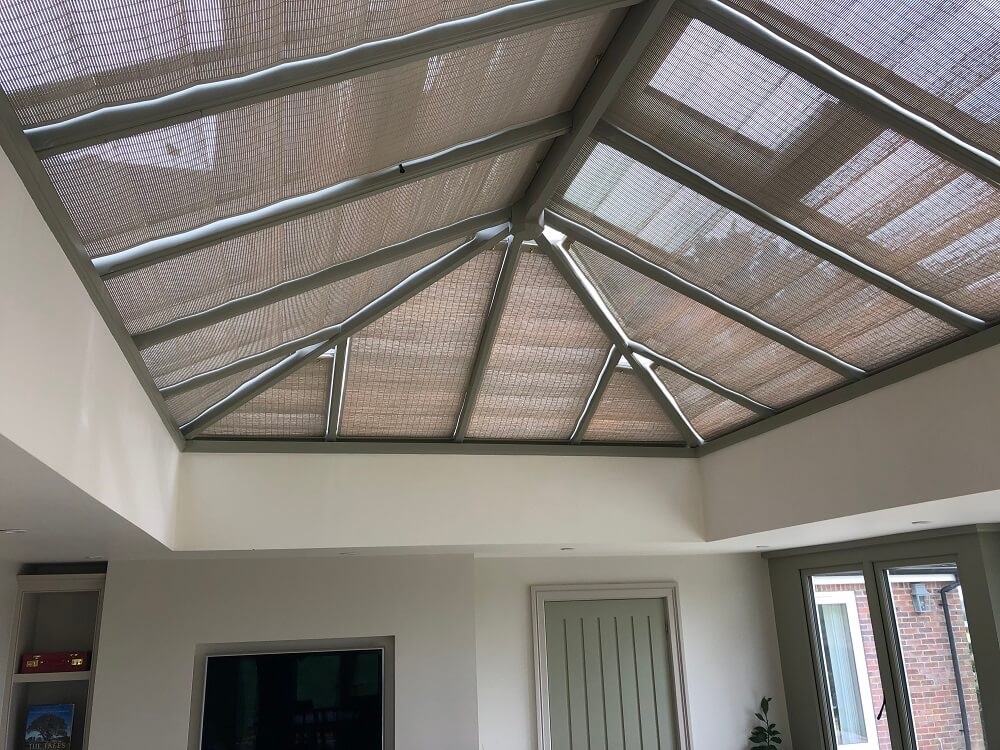 Woodweave blinds bring a warmth and natural beauty to any conservatory. Due to the make up of the woodweave fabric, unlike most other blinds, rather than block, they tend to diffuse the light entering the room.

They are manufactured using our 20mm pleated blind system and have a colour co-ordinated tape along the edge of the blind to complement the colour of the woodweave. The rails are aluminium, slim-line in appearance and are available in either white or brown powder coated which ensures the rails will match virtually all window profile colours.

The woodweave freehanging blind is designed to hang vertically and the bottom of the blind can be finished with a colour co-ordinated tape or a matching wooden bottom bar can be used.

Woodweave Roman blinds can be manufactured in a variety of shapes which makes them an ideal blind for conservatory roof areas and therefore offers an alternative to shaped pleated roof blinds.

Copyright © 2015 - 2022 Marla Custom Blinds. All Rights Reserved. Marla Custom Blinds Ltd. Company Registered in England – No 05068802
Back To Top
We use cookies to ensure that we give you the best experience on our website. If you continue to use this site we will assume that you are happy with it.I acceptRead more